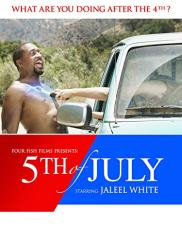 Plot: Orlando Leal, a young black French professor, travels to the mountains on the 4th of July to complete his dying fathers last wish, to spread his ashes on the surface of Mosquito Lake. Orlando reluctantly complies, but when he curses his father at the lake, the universe turns on him. First he gets robbed of his wallet and keys by thieves named Dakota and Cowboy, then he gets drugged by some Burning Man neo hippies. On the 5th, he escapes farm work slavery by stealing the farm bosses motorcycle, which he drives home to find that those thieves have stolen everything out of his house. Meanwhile. Karen, the greatest new love of his life, is flying in tonight from Washinton D.C. and if he isn’t there to meet her, he’s going to lose her too. Can Orlando recover his life, undo his curse and return the stolen motorcycle in time to reunite with Karen?
Genre: Comedy
File Type: HEVC x265 MKV
FIle Size: 475MB
Resolution: 1280×536
Runtime: 1h 42min
Imdb Rating: 4.0/10
IMDB Link: https://www.imdb.com/title/tt5668208/
Subtitle: Included English
Language: English
Source: 5th.Of.July.2019.1080p.WEB-DL.H264.AC3-EVONOW
Encoder: InSaNe